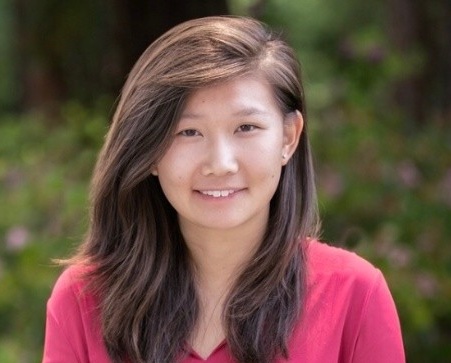 An engineer by training, Nina is passionate about applying artificial intelligence and machine learning in the education space to reduce barriers to access, make learning more accessible and affordable, and reduce inequities in education outcomes. Nina has been coding since she was in middle school and graduated summa cum laude from the University of Pennsylvania’s Jerome Fisher Program in Management & Technology with degrees in computer science and finance. While in school, Nina was an organizer of PennApps Hackathon, the largest collegiate hackathon in the country, and founder of the PennApps Accelerator. Nina is also a 2-time student scholarship recipient to Apple’s Worldwide Developer Conference (WWDC). After graduation, Nina was a tech private equity investor at TPG Capital and growth stage VC investor at Kleiner Perkins. Most recently, Nina was a senior product manager at a startup in a highly regulated space that was acquired by Amazon. Nina is currently getting her MBA with a concentration in Social Impact at the Stanford GSB. Advisors include edtech industry veterans and education leaders at the Department of Education.

When my parents first immigrated to the US from China, they did not speak English fluently and were rejected from many jobs (despite having PhDs in their fields!) due to their lack of English language skills. When my parents were first in the states, they struggled to make ends meet in Washington. My parents made the difficult decision to send me back to China to live with my aunt until I was 3 years old. So, despite being born in the states, my first language was actually Mandarin. As an adult, I’ve found it really difficult to maintain and continue to speak and practice Mandarin and have noticed my language skills diminishing steadily year after year.

I built Polyglot during the pandemic as a side project to allow people to practice and maintain their language skills with an AI based avatar, or find a real language partner on the app. I was inspired by how advanced OpenAI’s GPT3 had become and was looking for an application for OpenAI. Ben told me about his experiences studying abroad in Germany during college with a language partner and how important immersion was for improving his German language skills. He suggested that language learning could be a perfect application for GPT3!

For the first time in human history, you can interact with a humanoid chatbot that feels life-like, remembers the context of your conversation, and has its own persona and interests! While the technology is not perfect yet, I’m extremely optimistic that AI will become even more life-like as it continues to train on more and more data and am excited to help people like my parents improve their English language proficiency and help even more people acquire and maintain new languages to connect the world!

I launched the app in beta on Product Hunt with 4 avatars (Brittany – English, Helga – German, FeiFei – who is named after my little sister! – Mandarin, and Juan – Spanish) but am excited about adding more. I believe that the world deserves more shared understanding and empathy. Languages are amazing windows into different cultures that help us build empathy and trust. I built this app so that people like my parents who immigrated to the US and people like Ben who are far away from home can have a platform to practice their language skills without fear of judgment and ridicule and in a safe and fun environment, so they can communicate their expertise, not get rejected from jobs that they are overqualified for, and so they can build and make a life for their families in this country and have a fair shot at the American Dream. I also built this app for people like me, who want to maintain their connection to their cultural heritage or use language as a bridge to new cultures through real-world conversation and immersion, so the world can feel a little bit smaller and a little bit more like home.